Warning: "continue" targeting switch is equivalent to "break". Did you mean to use "continue 2"? in /homepages/41/d263970982/htdocs/clickandbuilds/WiTROMauertrockenlegung/wp-content/plugins/jetpack/_inc/lib/class.media-summary.php on line 77

Warning: "continue" targeting switch is equivalent to "break". Did you mean to use "continue 2"? in /homepages/41/d263970982/htdocs/clickandbuilds/WiTROMauertrockenlegung/wp-content/plugins/jetpack/_inc/lib/class.media-summary.php on line 87 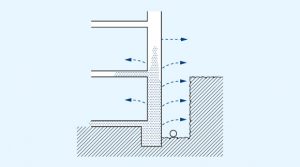 Digging with a drainage chanalling away from the hillside or water pressure. Thus, the lateral water attack is cut off, but not the rise of moisture from the foundations. A horizontal barrier is also necessary. 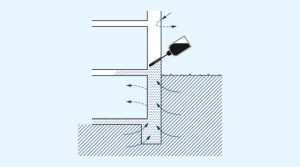 The Injection method only dries the brickwork above the injection sites, and only if it is assured that the chemicals have permeated the entire brickwork. If the wall is very wet, often it has to be pre-dried first. 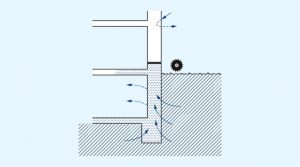 Underneath the cut, the moisture still remains in the brickwork. In case of heavy brickwork, the construction is difficult. It significantly influences the static structure. Therefore, horizontal thrust of vaults and walls has to be taken care of. You should not do it without  a structural engineer. 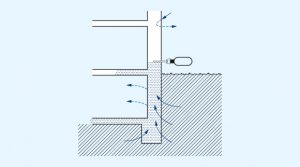 The hammering of corrugated stainless steel panels (non corrosive steel) is only possible in brickwork with continuous horizontal joint. Due to the pressure and the strong vibration caused by the hammering  of the panels, it can lead to shifts of the stones and thus to structural changes in the structure. And below the panels the brickwork remains wet. 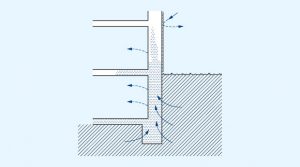 Restoration plaster is plaster with high water vapor permeability. The drying area is increased by the porosity of the material. Along with dehumidification it is often necessary to apply restoration plaster. Below the plaster the harmful water transport within the brickwork will remain and this limits its durability. 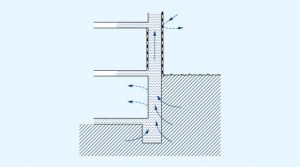 All kinds of barriers that are not vapor permeable (breathable) prevent a natural drying. The humidity is rising even higher than before due to the lack of ventilation in the wall. 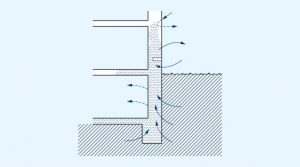 A circulation of air created by holes drilled through the wall shall trigger the drying effect inside the wall. A horizontal barrier is not established. The water can rise between the holes unhampered. In addition condensation is produced due to the differences in temperature inside and outside the wall. 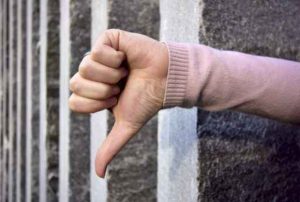 The passive electro-osmosis method uses bare wires at the top and bottom of the damp wall without external voltage. By short-circuiting these two lines the potential difference should be compensated. Brickwork  and metal built up an electrochemical potential. The metal surface is electrogalvanically attacked and loses its conductivity to the brickwork due to corrosion and polarization. The system loses its effect.

Those methods operate at high DC voltage of often more than 50 Volts. First and foremost, a desalination in the wall should be achieved, ignoring the electrolytic side effects: After the desalination process, the electrodes and the salty plaster have to be removed and replaced. It may come to the liquefaction of the mortar and thus cause  to collapse. 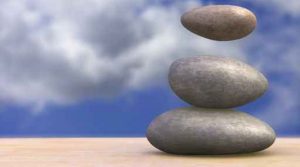 These methods work for example with Magnetokinese, radio waves, Gravo-magnetism, etc. and do not correlate with electro-osmosis in terms. By colleges and universities, the ineffectiveness was confirmed. These procedures are not included in the ÖNORM, since their effectiveness is not scientifically recognized, and their suitability has not been established (see ÖNORM definition).
“The systems of  type WiTRO do not have anything to do with the principle of ‘wireless electro-osmosis.'”
10/14/2009
Prof. Dr. rer. nat Dr. Ing. habil. Helmuth Venzmer,
Hochschule Wismar (University of Wismar, Germany)

How to find us